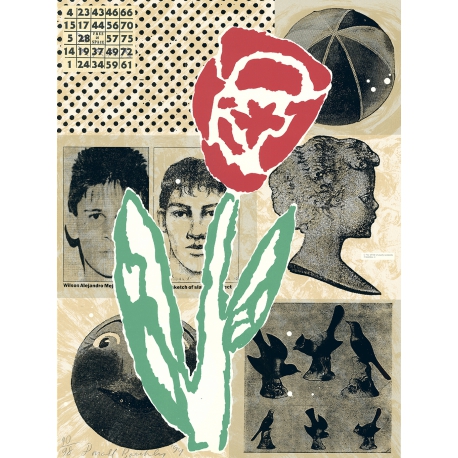 Studied at the Städelschule in Frankfurt.

1980 Moved to New York City, where he became known as a member of the East Village art scene and representative of the neo-expressive movement for his collage-like painting drawings.

Donald Baechler's works are reminiscent of Jean Dubuffet's Ready Made style, in the sense that Baechler's creative process is located in a collection of popular images and objects as a form of archiving.

Built up as fragments and layers, compact versions of reality emerge, which Baechler calls the "illusion of history".

Represented among others in the collections of the Museum of Modern Art, the Solomon R. Guggenheim Museum, the Center George Pompidou, Paris.