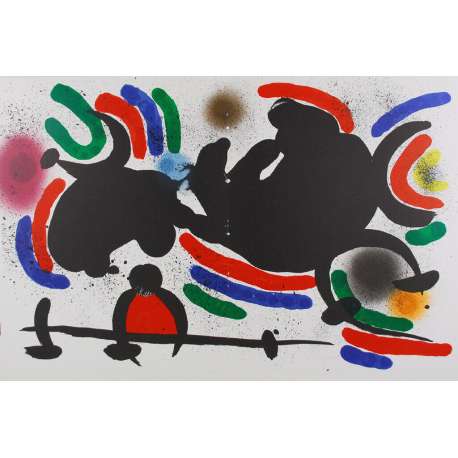 Lithograph in colors from Litografo (Volume I) Spanish edition from 1972, Joan Miró.

Miró's development of a new pictorial language led to a consistent restriction to the primary colours black, green, yellow, blue and red, which he implemented in the series of paintings "Constellations" (1940/41) with lines, spots and areas of colour.

Like Pablo Picasso and Franz Marc, Miró also worked with graphics and primarily produced etchings and lithographs. Produced in large editions, the artist believed that everyone should be able to afford a print by Miró.