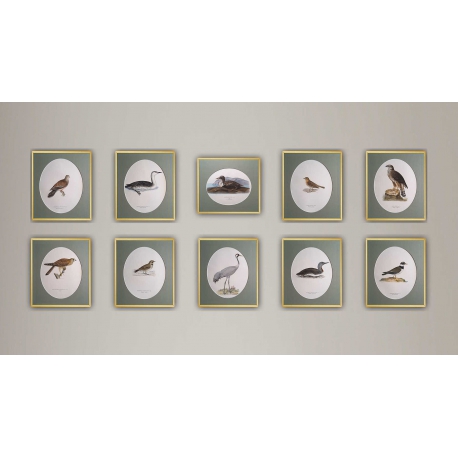 From 1828-1838 he worked on 'Svenska Foglar', a large illustrated collection of Swedish birds.

From 1829 von Wright worked in Finland as a cartographer, taxidermist and art teacher. Besides numerous paintings of animals he also created many landscape paintings and still lifes.

From 1849 until his death in 1868 he worked as a drawing teacher at the university.