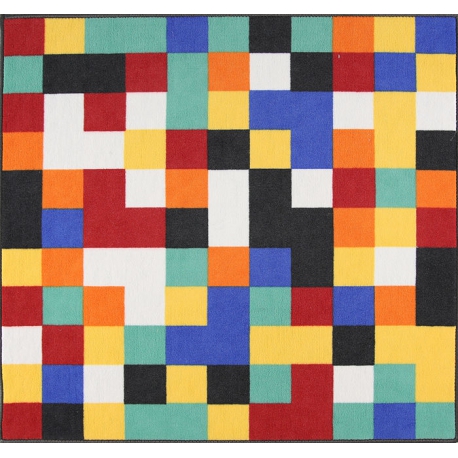 Gerhard Richter enriched Cologne Cathedral with a new immense window.
The window is no less than 19 metres high and 9.5 metres wide and consists of 1,263 squares in 72 different colours, based on his work 4096 Farben from 1974.

Click here for an image of the Cologne Cathedral by Gerhard Richter.