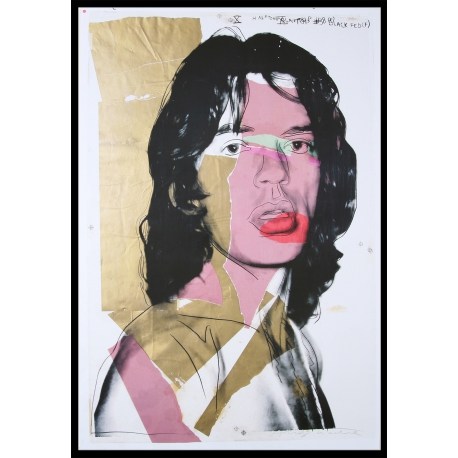 After the original multiple from 1975, limited edition.
Mick Jagger belonged to the Pop Art artist's glamorous circle of friends.
When Jagger was already an international star, Warhol portrayed him in 1975 in one of his coveted silkscreen portrait series.
With collage elements, marking the move towards a more individual style in the 1970s.


Alongside the Marilyn Monroe depictions, the mid-1970s portraits of Mick Jagger are among Andy Warhol's most famous series.
The front man of the "Rolling Stones", founded in 1962, as a symbol of freedom resisting all previous social conventions.