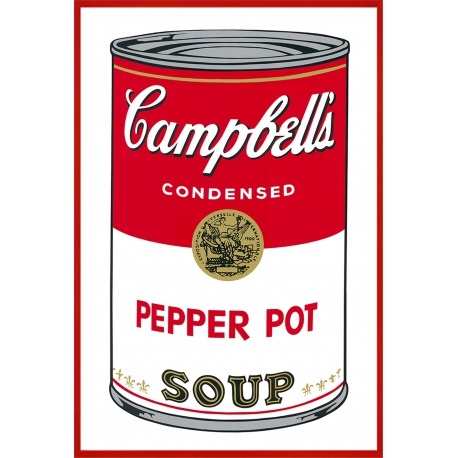 With the series Campbell's Soup Cans, Warhol originally created 32 hand-painted, variously labelled soup cans on canvas, which were given a place in the limelight as works of art.
Warhol brought consumer goods into the art world without artistically glossing over their true market value.
Warhol used screen printing for the polychrome series of Campbell's Soup Cans.
Depicting American society through its consumerism with foods of the American Way of Life.


Warhol's approach was to introduce real mass consumption into art as a social examination.
A soup can of mass industry as an icon of art history: "Everything has its beauty, but not everyone sees it."