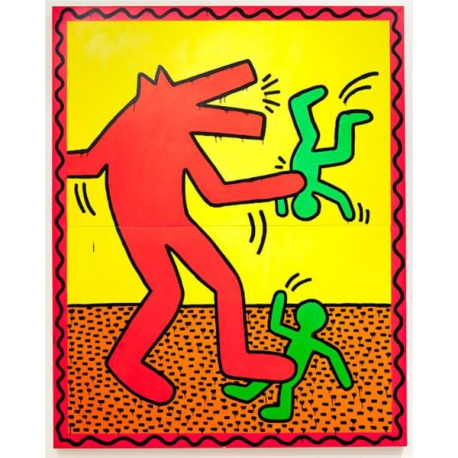 US artist of the 1980s and social activist (1958-1990). At this time Haring became friends with his artist colleagues Andy Warhol and Jean-Michel Basquiat in the New York graffiti scene.

His striking, linear drawings are strongly influenced by this scene.

In the late 1970s he studied at the School of Visual Arts Haring's works are represented in the collections of the Museum of Modern Art in New York and the Los Angeles County Museum of Art, among others.