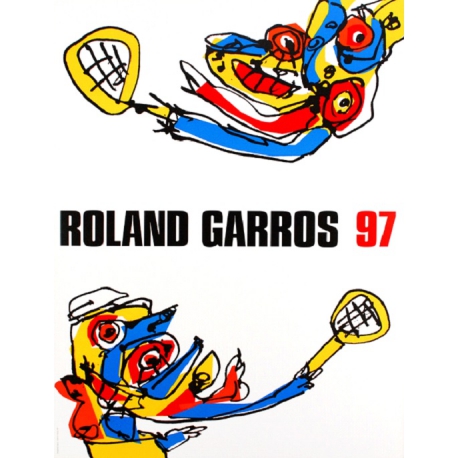 Antonio Saura (born 1930 in Huesca, died 1998 in Cuenca) was a Spanish artist who worked in the style of Surrealism. Through artistic influences from Arp and Tanguy, Saura has developed a very personal style. Initial experiments in pictorial invention led to numerous drawings and paintings with a surrealist dream-world character.

In the 1950s, the artist circulated in the circle of the Surrealists. Later he turned to the technique of grattage and, through his gestural style, found his way to a radically abstract, always colourful painting that emerged from an organically aleatoric conception.
Using formal, very specific structural elements, he finally created the first forms that transformed into the archetypal model of the female body or human heads; basic themes that would later characterise Saura's work.

1957-60 Leads the artists' group El Paso in Madrid. First solo exhibition with Rodolphe Stadler in Paris. Subsequently with Otto van de Loo in Munich and Pierre Matisse in New York. Saura remains essentially independent of the artistic movements and tendencies of his generation, although his personal style can be seen in the spirit of Velázquez and Goya.