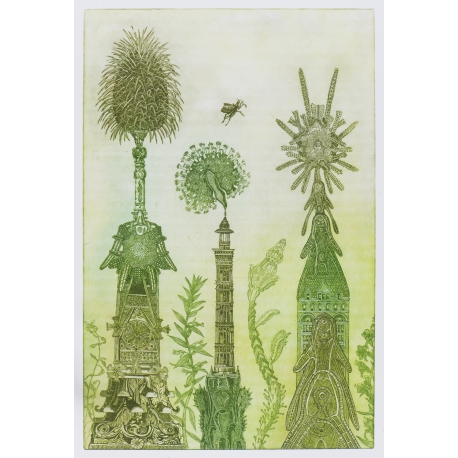 The invisible cities
The title of this series is derived from the novel by Italo Calvino in which Marco Polo reports on his
travels to Kublai Khan. It takes a while for the emperor to understand that he is listening to stories
about cities that do not exist at all …
The cities in which we live have grown over the centuries under the influence of very different
factors: poverty, prosperity, climate, wars ... All these factors together determine how the city has
become.
Like the cities of Calvino, these designed cities do not really exist. Each city shows just one of the
many aspects that make a city a normal city.