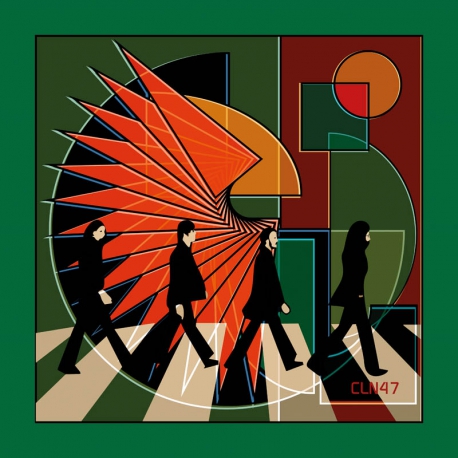 "Many of the Beatles' successful songs were recorded in the studios at Abbey Road. The picture symbolizes the success of the Beatles and the global power of their music.