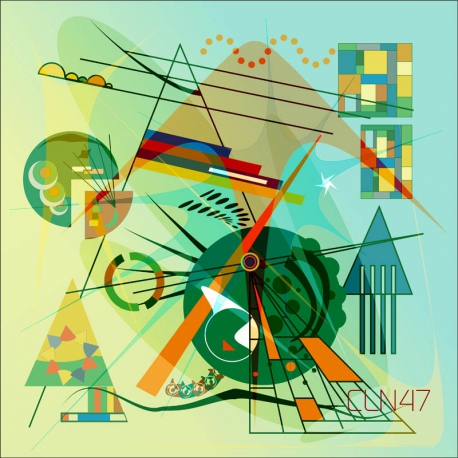 "The series Sampling Compositions is a further development of the art style I have called 'Sampling Art'. Inspired by the paintings of Wassily Kandinsky, I have created a collection of constantly growing graphic elements, which in ever new compositions create new abstract pictures".