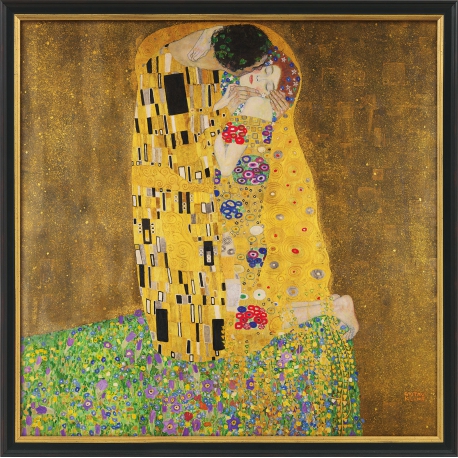 *1862 in Baumgarten near Vienna as son of an engraver (died 1918). From 1876 he studied at the school of arts and crafts in Vienna, in the painting class of Prof. Julius Viktor Berger. After finishing his apprenticeship in 1883 he founded the Künstlercompagnie, 1897 together with Joseph Maria Olbrich and Josef Hoffmann the Wiener Secession.
At the beginning of his career Klimt was influenced by "Historism", a style he had studied for a long time at the Academy of Arts. With the Vienna Secession Klimt turned to Art Nouveau and became one of the most important painters of his style.
Gustav Klimt united the currents of international Art Nouveau and realised a synthesis of figures and ornaments in a two-dimensional style.